From the start of the COVID-19 pandemic it was clear that each of us would have a different experience. When the vaccines were developed in record time, it came as no surprise that “vaccine nationalism” became prevalent. Described by WHO Director General Dr Tedros Adhanom Ghebreyesus as a “me-first approach”, vaccine nationalism is assumed to have caused a needless loss of life across the world. Now, a study in Nature has put a number to it.

The world in numbers

By the end of 2021 the spread of vaccines was heavily imbalanced. Some countries had achieved over 90% coverage in adults, but others had below 2%. As we explored in our post on global vaccination, Africa had the slowest vaccination rate of any continent. In mid 2022 just 25.5% of the population was at single dose.

Hoping to better understand the effect of these inequalities, researchers in the UK used an “age-structured model of SARS-CoV-2 dynamics, matched to national data from 152 countries in 2021”. The aim was to “investigate the global impact of different potential vaccine sharing protocols that attempted to address” the inequity caused by hoarding.

“We found that greater vaccine sharing would have lowered the total global burden of disease, and any associated increases in infections in previously vaccine-rich countries could have been mitigated by reduced relaxation of non-pharmaceutical interventions.”

The authors note that lower-income countries were “mostly dependent” on donations and sharing schemes. This relied on the good will of countries who had already achieved higher levels of coverage. The study reports that although stockpiling or vaccinating and boosting lower risk groups were appealing, sharing vaccines has “markedly higher payoffs per dose in reducing infection and mortality”.

For countries that were able to vaccinate large percentages of their population, restrictions could be relaxed and a “return to pre-pandemic-like” habits was seen. Despite this, the “estimated waning of vaccine efficacy” and emergence of new variants provoked booster campaigns in these areas. Caught between a rock and a hard place, countries had to evaluate the benefits of preventing “high levels of new global infections” by sharing vaccines or playing domestic catch-up with boosters. The model suggests that some “non-pharmaceutical mitigation measures” may have been necessary alternatives to boosters in some areas.

The study is retrospective, but the authors believe that “robust” conclusions can still be drawn. Based on “simulations fitted to historical infection and mortality estimates and from varying the distribution of vaccination between countries while maintaining the total vaccine supply”, their suggestion is that a greater level of vaccine sharing would have seen “sizeable benefits”.

The study reveals that a “more equitable approach” to vaccine distribution throughout 2021 would have “reduced the level of global mortality associated with COVID-19 disease”. This might have come at the “cost” of “increased or prolonged” non-pharmaceutical interventions.

“In total, we estimate that a full vaccine sharing scenario would have prevented 295.8 million infections and 1.3 million deaths worldwide (as a direct result of COVID-19) by the end of 2021”.

The study has been described as a significant step in pushing for “vaccine coverage” by Dr Oliver Watson at Imperial College London.

As we continue moving forward it remains to be seen if we will learn from this evidence and make vaccine equity a priority in the future. Unfortunately, this seems an unlikely prospect, particularly considering recent outbreaks. For example, monkeypox demonstrates a sustained unwillingness to address the “larger reservoir of infection”.

“Our results reinforce the health message, pertinent to future pandemics, that vaccine distribution proportional to wealth, rather than to need, may be detrimental to all.”

For more on vaccine equity at the World Vaccine Congress in Washington 2023, get your tickets now. 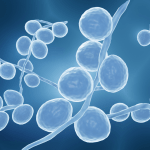 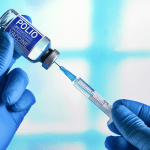 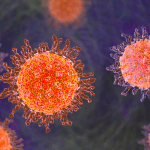 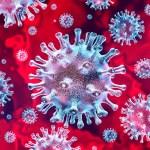