During the COVID-19 pandemic the stark inequalities of our world were highlighted by disparities in vaccine development, production, and distribution. Despite the WHO goal of 70% coverage across the world by mid 2022, the reality was very different. Thus, a plan to reproduce Moderna’s successful mRNA vaccine attracted WHO support.

Afrigen is a biotechnology company based in Cape Town, with the goal of “local development and production of adjuvants for human and animal vaccines” and “biologicals critical for Africa’s healthcare challenges”. Working with scientists at the University of Witwatersrand, they deconstructed the Moderna vaccine in a feat of reverse engineering that is legal in South African law. The Guardian reports that this law “contains a provision for carrying out research and development regardless of patent protection”.

As we explored in a previous article, the company decided not to enforce its COVID-19 patents during the pandemic. Furthermore, WHO identified an “abundance of public information”, according to The Guardian.

Thanks to promising preliminary results in mice trials, human testing is expected to begin in the next year. The Cape Town centre will share its knowledge with up to 20 “spokes” across Africa, Latin America, and parts of Europe. Representatives from these spokes have already started training at the centre in South Africa.

“It is intended to provide a solution to vaccine inequity, ending the reliance of low- and middle-income countries on manufacturers in richer countries.”

Charles Gore is the executive director of the Medicines Patent Pool (MPP). This is supporting the South African centre and believes that instead of “some kind of donation programme”, the key to addressing inequality is “empowerment”.

“The silver lining of COVID is that it has focused people’s attention on access. The tragedy is that a lot of people died to get that focus.”

Despite the positive steps being taken at the hub, representatives at Moderna are concerned by the process. CEO Stephane Bancel was quoted in the Financial Times as having reservations.

Moderna has not shared technology or cooperated with the programme, and its legal action against Pfizer and BioNTech has created tension around the development of these vaccines. However, Gore suggests that the efforts will not infringe Moderna’s patents.

“Clearly, we’re not wanting to enter into disputes with the pharmaceutical industry.”

It remains to be seen whether Moderna will take legal action as the project continues. If this is a positive step for vaccine development in Africa, the future holds much greater potential for local development.

To learn more about facilitating greater vaccine equity at the World Vaccine Congress in Europe 2022, get your tickets now. 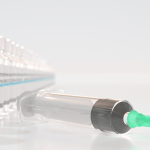 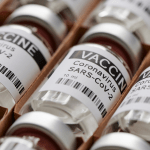 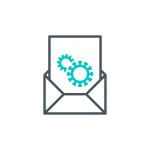